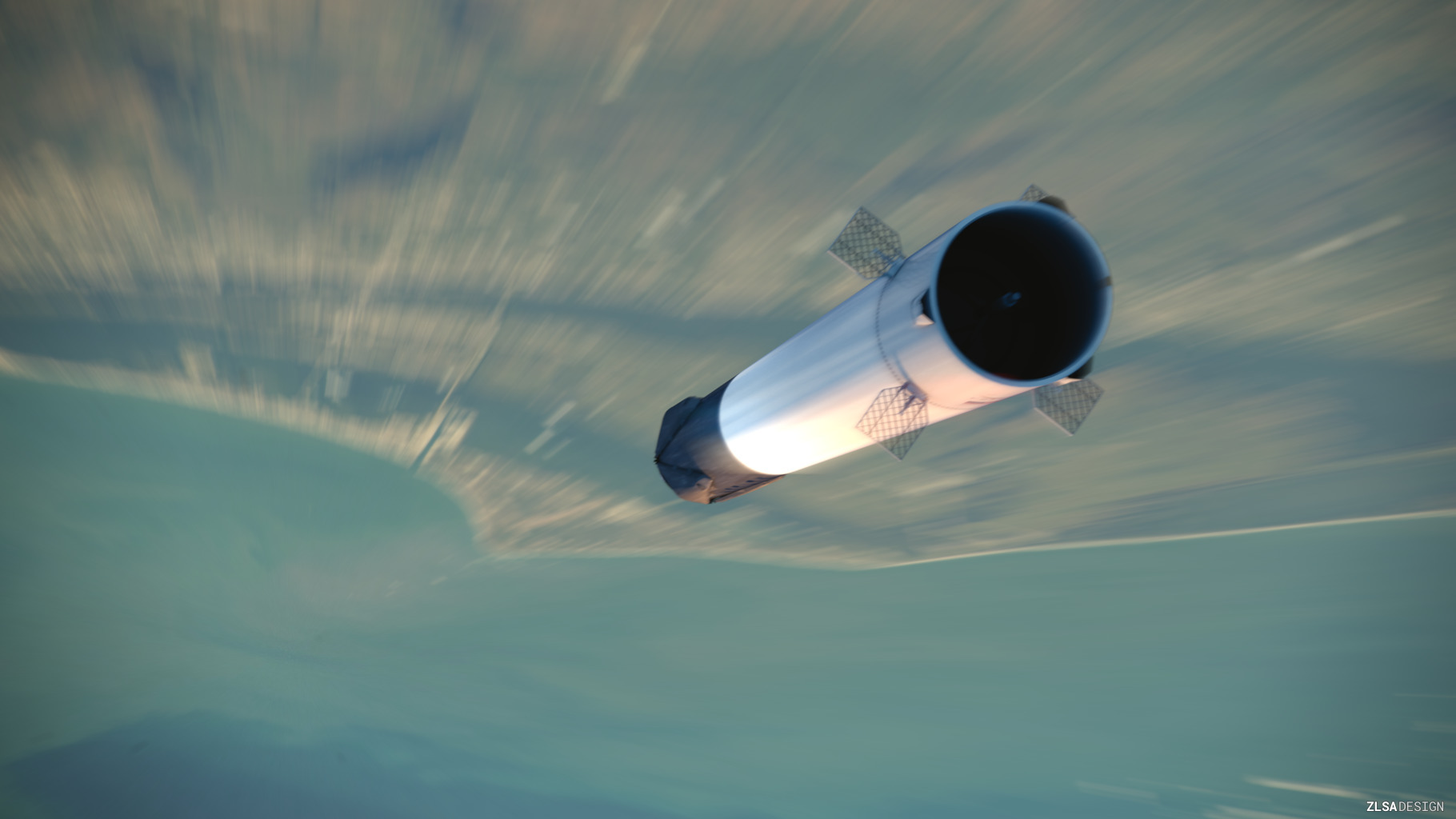 My rendition of a Falcon 9 booster returning to Earth after a launch. The four grid fins are guiding it towards its landing pad as it hurtles downwards at supersonic velocities.

In this image, the Falcon 9 is at about 40km in altitude (with entry burn shutdown having occured seconds earlier) and is less than thirty seconds from the start of the landing burn.

And yes, the background image was taken from the ISS, orbital height approximately 400km, while the render was supposedly taken at 40km. It can be explained away with the original use of a telephoto lens (420mm) and the speed blur (which is wholly unnecessary but in my opinion makes the render look like it was taken straight out of a TV show dramatization.)