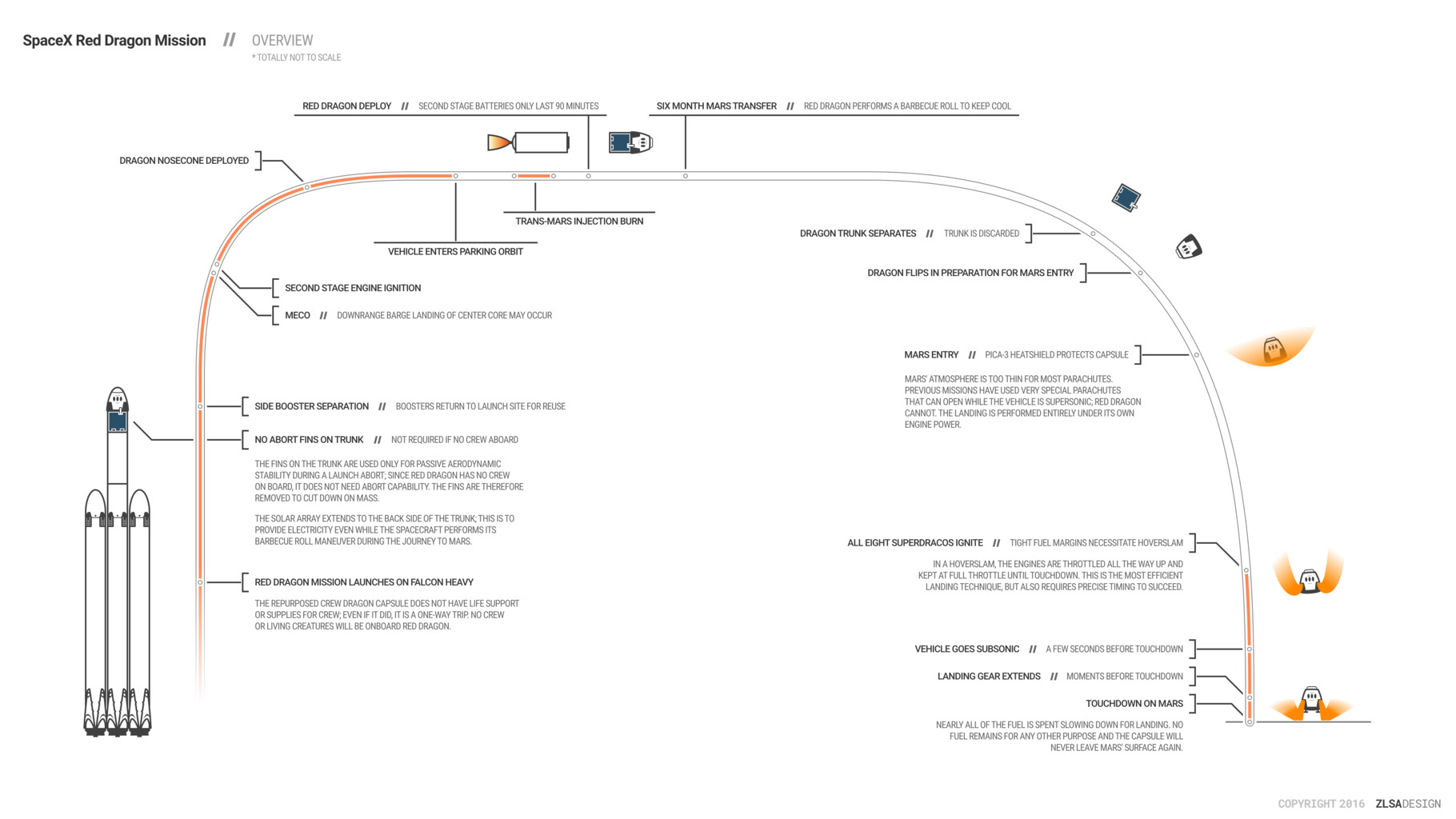 This is an overview of the operations an unmanned SpaceX Red Dragon capsule will take on its mission to Mars.

No. Red Dragon’s maximum capacity is seven astronauts, and it can only support those astronauts for a very short time in LEO. Red Dragon is a stripped-down version of SpaceX’s Crew Dragon, and it cannot support passengers. Even if it could carry astronauts to the surface of Mars, it would expend all of its limited fuel in doing so, and the astronauts would have no way to return to Earth.

Why are there no fins on Red Dragon’s trunk?

Because the fins are only needed in a launch abort. Since Red Dragon is an unmanned capsule, launch abort isn’t strictly necessary; besides, unlike most missions, the Red Dragon is very mass-limited. There’s no reason to install fins on a vehicle whose mission will fail anyway during an abort.