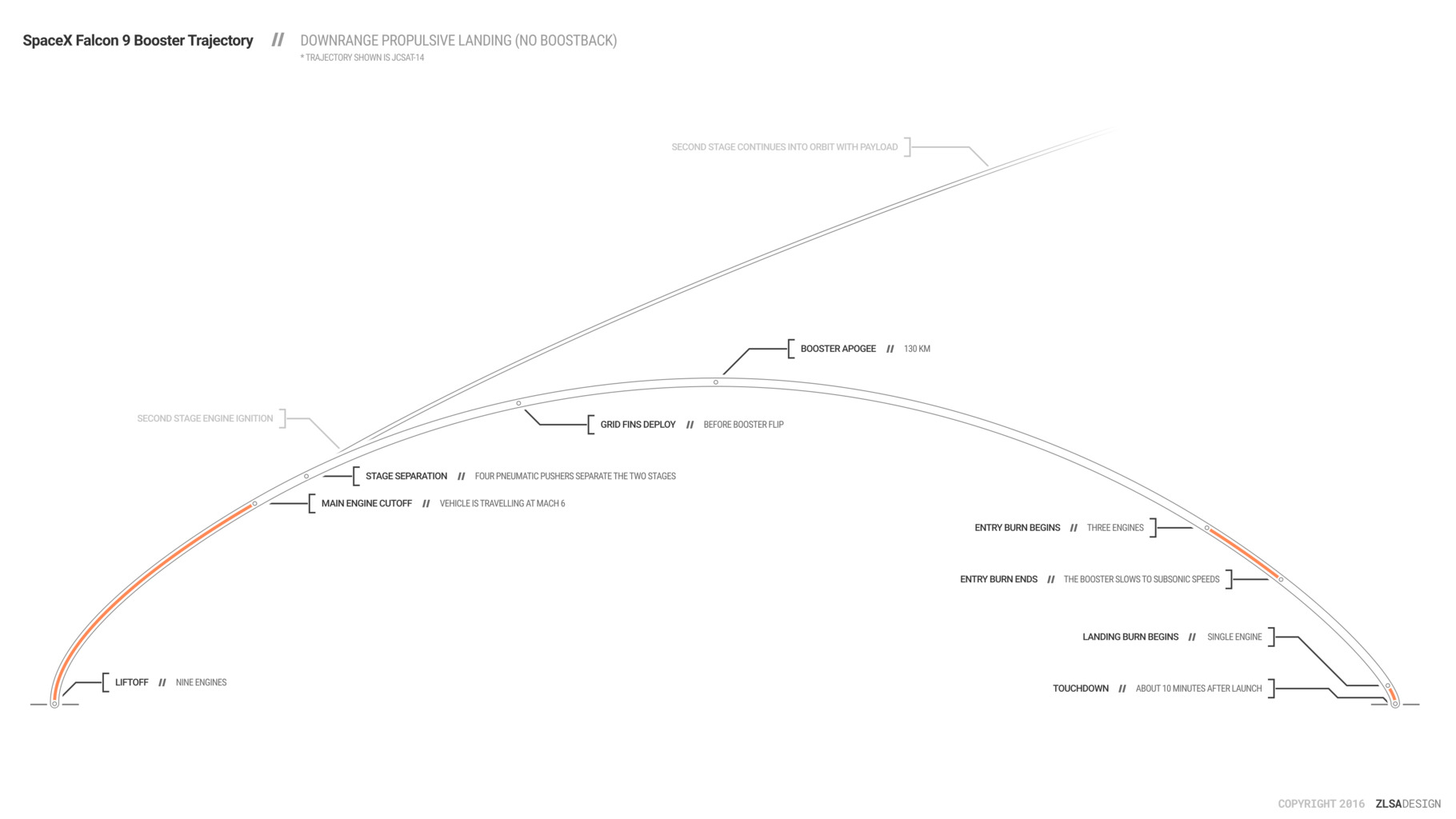 The trajectory of the SpaceX Falcon 9 booster in this infographic is based on Flight Club’s recreation of the JCSAT-14 launch trajectory.