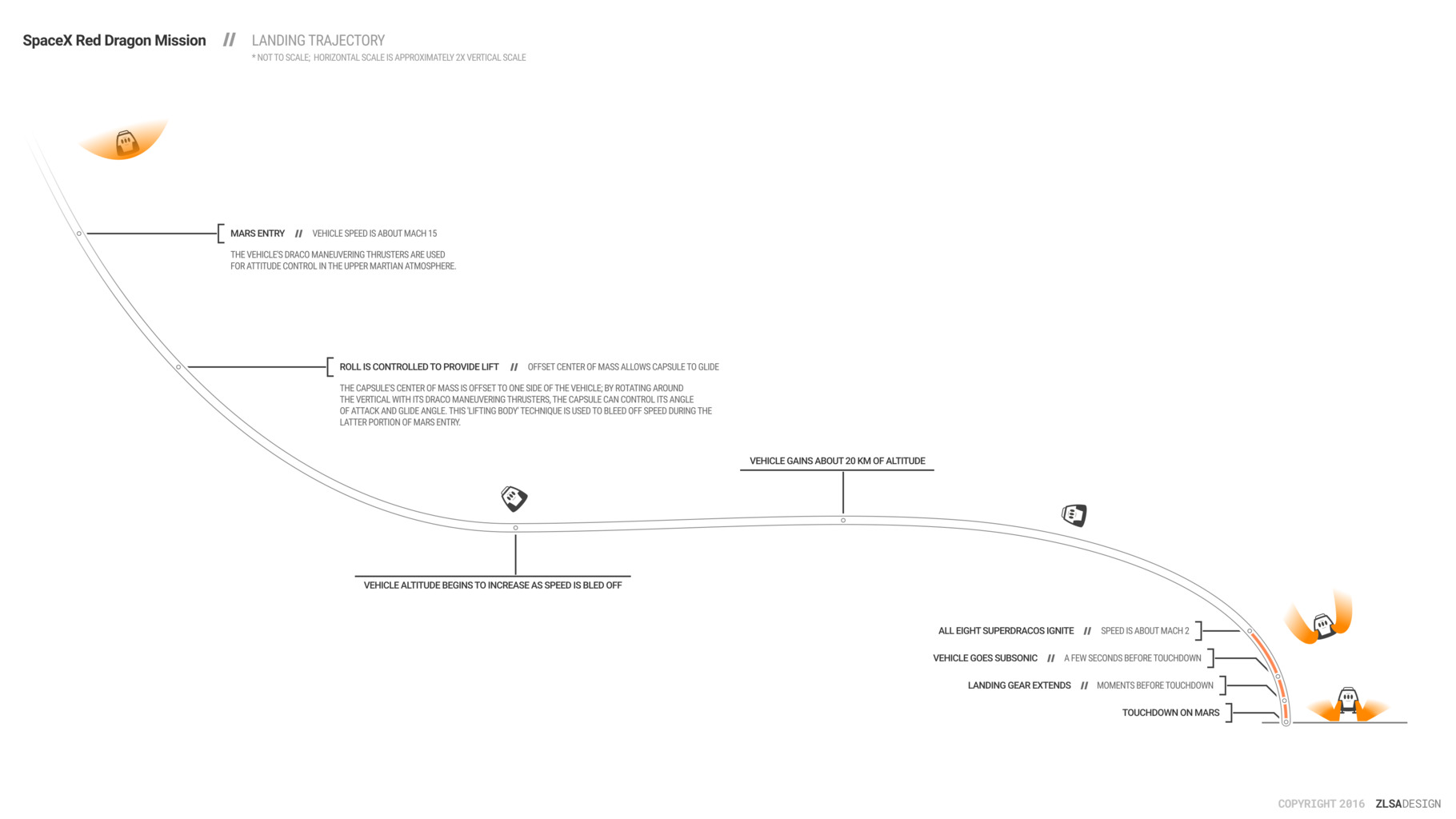 This is the approximate trajectory of the SpaceX Red Dragon capsule during its landing on Mars.