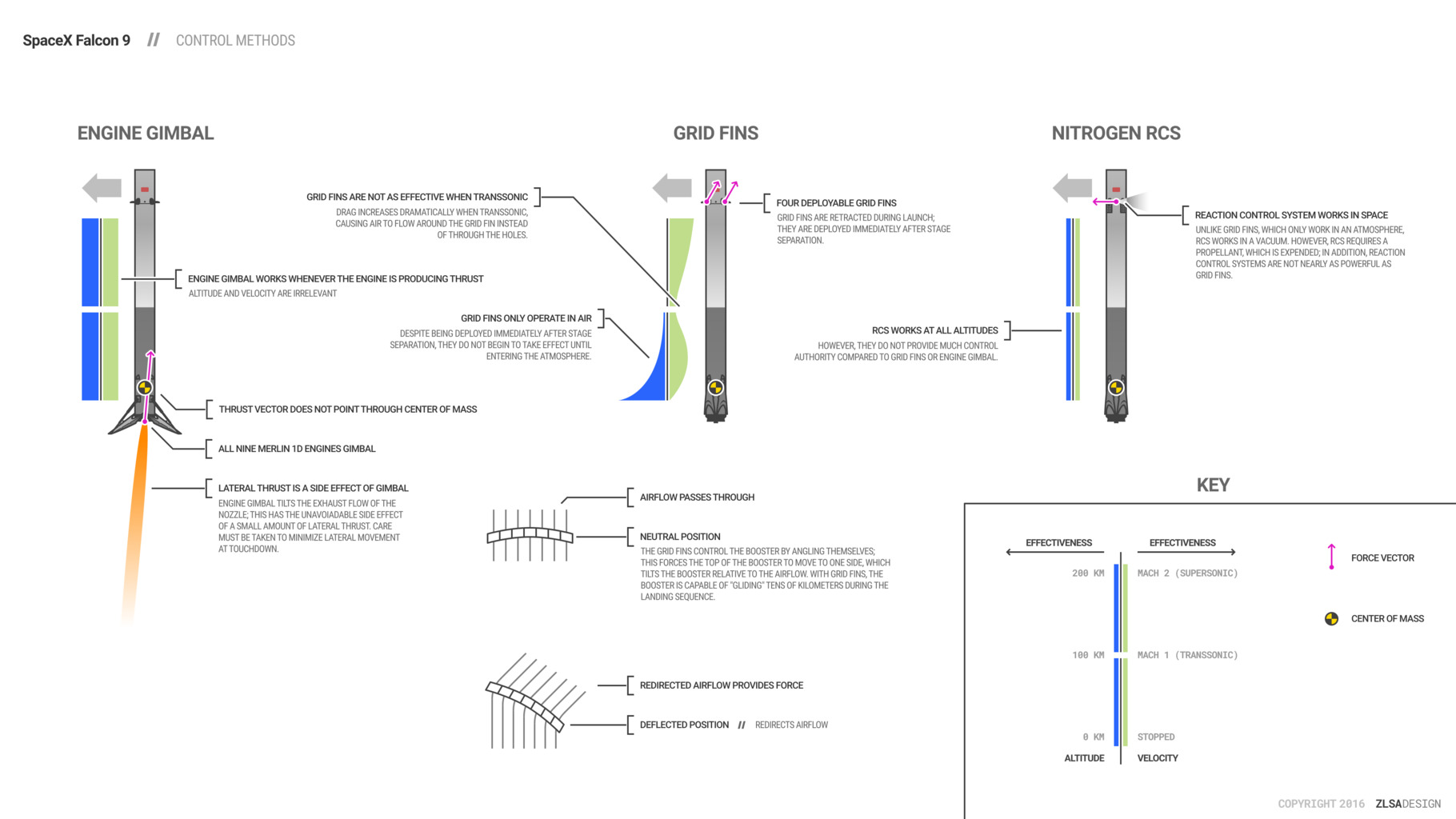 This infographic demonstrates the three methods of control used by the SpaceX Falcon 9 during its flight.

Also used during ascent, thrust vectoring refers to the ability to “vector” the engines’ thrust, also known as gimbal. This is an extremely effective method of control, but it requires the engines to produce thrust.

Grid fins produce aerodynamic force, which means their effectiveness is related to the airspeed of the vehicle. When using grid fins, the Falcon 9 is “gliding” down; the grid fins tilt the booster, effectively aiming the Falcon 9 like an oversized dart.

The cold gas thrusters at the top of the vehicle can rotate the stage; however, they’re quite weak compared to thrust vectoring and grid fins. However, since they work even in the vacuum of space, they’re used to flip the booster after stage separation and for attitude control prior to atmospheric entry (at which point the grid fins take over.)